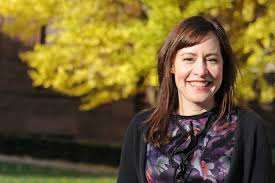 Jennifer Singh caught up with Victoria Pitts-Taylor, Professor of Feminist, Gender, and Sexuality Studies at Wesleyan University and winner of the 2017 Robert K. Merton Book Award for The Brain’s Body: Neuroscience and Corporeal Politics (Duke University Press, 2016). Her book was also awarded the Feminist Philosophy of Science Award from the Women’s Caucus of the Philosophy of Science Association. In our interview, Professor Pitts-Taylor discussed key theoretical lessons of her book, insights on neuroplasticity, and future directions of this work.

Pitts-Taylor: Thank you. I am very honored.

Singh: What inspired you to write The Brain’s Body and what are the main theoretical lessons your book offers for sociology of science and technology?

Pitts-Taylor: I got really interested in this topic in part because I am interested in how neuroscience is being taken up in all of these different fields, including sociology, although not as much as some other fields like economics.  The neuro-turn worried me a lot, not because I wasn’t interested in the brain and neurobiology, but rather because our field was at risk of taking up neuroscience uncritically.

My background is interdisciplinary, and my STS interests and feminist training taught me to be critical of scientific knowledge, and I saw a lot of inroads that neuroscience was making in the social sciences without that kind of robust critique of how that knowledge production was happening.

At the very same time on the other side, social neuroscientists have become the sociologists and philosophers of our era. So, I think, it’s really important for sociologists to be literate and critical and not just skeptical of scientific knowledge. Some of us are trained to do that and others are not. So, when I started the project I had to learn about neuroscience. But the project was never intended to merely be a critique. I took Bruno Latour seriously when he said, “it has run out of steam.” So, I am also interested in materialism and biological aspects of body and the embodiment. Taking all of those different threads and weaving them together was my goal.

In terms of what lessons there are for sociologists, I think of the book as one road map. One way you can think about how to try to do an assessment of scientific knowledge without being skeptical, while remaining critical. One of things I think sociologists have to offer is a really robust and nuanced sense of what social difference is. When we read social neuroscience we get frustrated at that kind of rudimentary classifications that are sometimes used in terms of race, class, gender and so on, or if any are used at all. So there are an awful lot of claims about neurobiology that either ignore difference or use rudimentary notions of difference. We have a lot to offer to 21st century knowledge if we are scientifically literate.

Singh: Can you tell us more about your approach to feminist new materialisms and new ways of thinking about the body?

Pitts-Taylor: If you read only one chapter of the book you might come away from the idea that it is a critique of neuroscience. But if you read the whole thing, you will see that there are counter-moves that I am trying to make where I really try to take neurobiology as seriously as it needs to be taken. In the fourth chapter especially I really push the idea of what it would mean for feminist theory, queer theory and the sociology of gender to take neurobiology seriously, which we can’t do without being critical of the heteronormativity of the literature on oxytocin, kinship, and attachment. But if we include a critique and robust sense of the pitfalls of making claims of kinship and attachment based on heteronormative models, none the less, we can still think about the neurobiology of attachment and social bonding as a really interesting place to look for resources to understand the stakes of the regulation of kinship. Drawing on the neurobiology literature, what I argue in this chapter is that biological relatedness does not need to be genetic or blood based. I argue that close intimate interactions with other people we care for changes our biology. So, biological relatedness need not be based on a reproductive heteronormative model. If you bring a queer and feminist critique to a deep interest in neurobiology you get a totally different idea of what biological relatedness could be, which I think is really exciting. This kind of relatedness is material ;  includes the body. It includes feelings. It includes more than symbolic representations of discourse.

Singh: The idea of plasticity is an interesting component of your book. What is plasticity and how do you think through this idea in The Brain’s Body?

Pitts-Taylor: Neuroplasticity is a huge area of neuroscientific research and it’s really part of the turn in the late 20th and early 21st century toward new biological models that also includes epigenetics. The idea of plasticity is that the brain is not only developmentally plastic in terms of being able to grow and change in its early years. Increasingly, it is understood as plastic throughout life. So even in adult brains, there is potential for significant morphological changes. Which is really great news. There are a lot of people who have been really interested in plasticity beyond the clinical potential. So what is it mean for nature and nurture? If we have a bifurcation of nature and nurture then we have a very brief developmental plasticity early on. We really get brains that are fixed for life. But if we have this open-ended plasticity then suddenly nurture has a whole lot more to do.

In the chapter on plasticity I take up the implications for some significant social differences like sex/gender and class. I’m looking at sex/gender – using those two terms together as one, like as Anne Fausto-Sterling does – as one place where the politics of the body have come up to the shores of the new neuroscience. People are really excited about plasticity because it means, for example, even if we find differences in adult male and female brains we no longer have to assume that those difference were genetically hardwired, but rather we could explore how socialization could make a difference in creating different kinds of brains. What you get is a biologically deep biosocial understanding of the brain. However, what I try to show is in various ways that plasticity is this really, really broad umbrella concept in neuroscience that in practice actually means different things in different research programs. So there are different kinds of plasticity, there are different processes that are considered to be plastic. There are still different life stages that are thought to be more plastic than others. The different regions are considered to be varyingly plastic. Adding these all together what you get is an economy of plasticity. So if you have something like, in research on the adolescent brain, an immature pre-frontal cortex and a mature amygdala. When some neuroscientists map that on to a localized view of brain function, then can make arguments like, “adolescents have poor executive function and overactive anger issues,” which confirms our cultural biases.

In research on class, you might get a really interesting biosocial picture of how class difference can have neurobiological effects. It really matters then how plastic the brain is and for how long. Are we now going to declare that people are who in the lower social classes have different brains that are fixed for life? The politics are really troubling. And so what I try to show is that plasticity is not a Band-Aid or a prescription for the problems of biological reductionism and determinism, because plasticity is deployed in multiple different way and means many different things. Plasticity gets arrested at different times in different research programs.  Eleanor Maguire’s studies looked at taxi drivers in London who learned the 25 thousand streets of the city to take the license test, and she and her colleagues found some volume growth in the hippocampus. This research was hailed as evidence that the adult brain can change based on learning, which is really exciting. But she also found that some people pass those tests and some people do not pass the test. Maguire speculates that some people have more plastic hippocampi than others. So plasticity is not universally distributed and there is an economy to it. Neuroplasticity is becoming one of the new frontier of social difference, like epigenetics. Because of this, I think that we really need to learn how to read this work and pay very careful attention to the kind of political claims that might be attached to them.

Singh: If you were to write an epilogue, what would you include?

Pitts-Taylor: I dealt only a little bit with race in this book and I would like to return to that. The research that I write about in the book is ostensibly colorblind. But if you read it through a critical race lens you can see that there are actually a lot of racial implications to research on poverty and the brain. Some of my current writing and thinking right now are about how I can understand race as a ghost variable. Like how race is actually operating in this work even though it is ostensibly not there, and what are the racial implications of making claims about poverty, which is a highly racialized phenomenon even if researchers don’t think that they are studying race.

I am also interested in exploring the chronopolitics more than I did in The Brain’s Body. As I mentioned before, there are speculations that some groups are more plastic than others; that some people with certain kinds of experiences actually have the plasticity of the brain reduced. But what really matters here is time. How long does plasticity last? When does it get arrested? I want to address plasticity in chronopolitical terms and there is a lot more thinking to be done.